We, the West Bengal knitting hosiery industry, take pride in completing 116 years of service to the nation. This is a one of the great achievement for any industry world wide especially an industry which was classified / segmented to SSI sector till recent times.

The birthplace of the Indian Hosiery Industry and of Bengal Hosiery Industry was incidentally the same – the city of Kolkata. We should pay homage & gratitude to pioneering chairperson Anand Mohan Mukherjee who established the first hosiery factory in Kolkata, India under the name & style of “The Oriental Hosiery Company Ltd” in 1893 at Ashu babu in Khidderpore. He was a true nationalist and visualized dream of indigenous cotton knitwear after importing knitting machines from Germany.

The industry had to sail through turbulent waters during the two world wars, tensions and anxieties of foreign competition in the twenties, great depression of thirties, birth pangs of independence and holocaust of partition.

The hosiery industry spread from Kolkata to Pabna, Narayanganj, Barisal (now in Bangladesh).

The hosiery industry reached its peak during the 2nd world war and become an important landmark in its evolution. This period saw migration to West Bengal, the pioneer in indigenous Hosiery industry. It developed as a leading center for cotton hosiery products due to better marketability prospect and easier transport communication facilities with other parts of the country.

The British raj controlled practically all aspects of our lines and it controlled all market outlets for hosiery products. Therefore initial units had extremely difficult time fighting hurdles & agencies. But later the spirit of Swadesh gave the Indian knitting industry strength to fight against foreign competition in the twenties, great depressions of the thirties, and the pain of partition.

After swadeshi movement it was tariff protection accorded to the industry by the government of India in 1936, which gave impetus for further growth & development. In the preindependence era – hosiery products were also imported from Japan & Hong Kong. The import of machines however continued under open general license even up to 1954 – 55. Later import restrictions boosted the indigenous machine manufacturing industries.

After the end of Second World War the hosiery industry began to expend rapidly in an unplanned way. This led to over expansion that made a beginning of unhealthy competition. Many of the composite units closed their bleaching & stitching divisions & confined themselves only to knitting. This resulted in emergence to new entrepreneurs specializing in separate divisions of the industry. Thus hosiery industry started working in separate establishments like knitting, bleaching, dyeing, cutting and stitching sections.

Till about the sixties Bengal produced 75 to 80 % of countries output. However the picture changed diametrically and prominence reversed from east to south (Tirupur). Also centers like Delhi and Mumbai for socks, Ludhiana for woolens and Kanpur, Varanasi, Ahmedabad for cotton knitwears prospered.

Labour problems in 70s and 80s further took the hosiery industry away from Bengal and it lost its sheen and was no more the primary center of the Indian Hosiery Industry. Bengal is still an important center for the domestic hosiery production but the lack of export production and capability is a sore point. Efforts are now underway to regain its past glory, however a lot has to be done on all fronts of production. The most unfortunate thing is that most of the big domestic brands have their origin in Kolkata though production is done more in Tirupur. 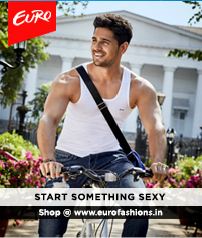 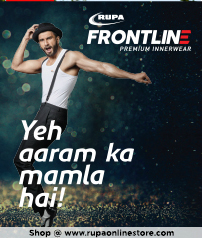 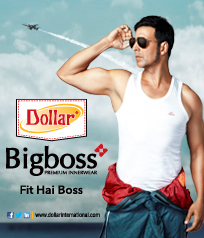 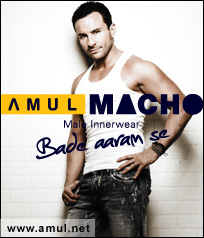